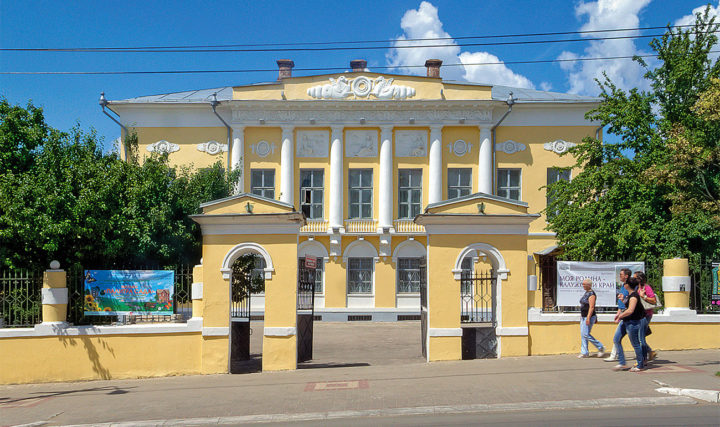 Kaluga Regional Art Museum was founded by the philanthropist N. Vasilyev, a native of Kaluga, who bequeathed the city a collection of artworks.

The museum was opened in 1918 at the family estate of the Vasilyev. During the World War II many priceless artifacts have been lost but a significant part of the museum is still able to maintain thanks to the selfless actions of the employees.

In 1969, a part of the museum complex has entered the main building of the estate Bilibin-Chistokletov, an object of cultural heritage of the beginning of the XIX century.