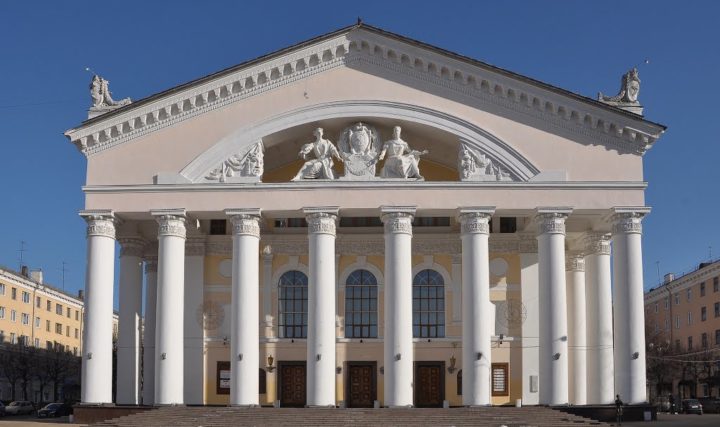 Kaluga State Drama Theatre is a majestic building with white columns located at 6, Teatral’naya street. The theater troupe gave its first performance in 1777 in the barn of the first guild merchant Timofey Shemyakin and today in the theater there are a large and a small theater scene. In common with the city administration and Russian public organizations there are held theater festivals and grand premieres which are collecting a huge audience.

The repertoire of Kaluga State Drama Theatre is extremely diverse: from the foreign and Russian classics as “King Lear” to “Revisor.